The word “genocide” has appeared only in 1944. This is a special definition of criminal affairs against any group of people in order to bring damage to their lives. The human rights specified in the American Bill of Rights (the first 10 amendments to the US Constitution) or in the UN Universal Declaration of Human Rights of 1948 relate to individual rights of every person.

In 1944, Raphael Lemkin (1900-1959), the lawyer of Jewish root from Poland, gave the Nazi policy a definition which means a systematically damage to European Jews. He created the definition “genocide” by combining the Greek word “genos” which means “clan, tribe”, with the Latin “caedo” meaning “I kill.”

In creating this definition, he explained this term as “a worked out plan of various affairs and acts devoted to destroying the vital foundations of national groups.” A year later, the Nazi leaders were accused of “crimes against humanity” by the International Military Tribunal in Nuremberg (Germany). The word “genocide” was characterized as the descriptive indictment, not a legal term. 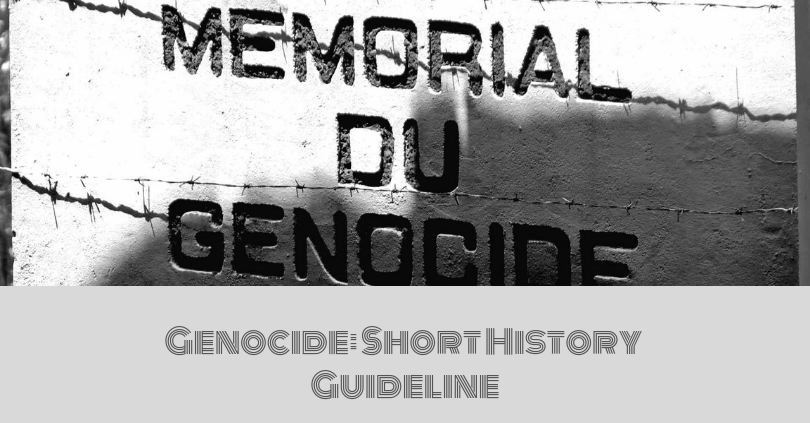 The terrible details of the Holocaust received wide resonance in the world community, and also largely due to the unceasing efforts of Lemkin himself. As a result, the United Nations approved the “Convention on the Prevention and Punishment of the Crime of Genocide” on December 9, 1948. This convention specified genocide as a crime that violates international law; signatory states have pledged to “take preventive measures” against it and “punish it for having committed it”. The convention defined the genocide as follows:

Genocide refers to the following acts committed with the intention to destroy, in whole or in part, a national, ethnical, racial or religious group:

Although there have been many instances of violence against different groups of people in history, even after the Convention had already entered into force, the international community’s awareness of the concept of “genocide” and the development of relevant legal practice belong to 2 specific historical periods:

Preventing genocide – the second basic principle of the convention – is a problem that still faces both whole nations and individuals.